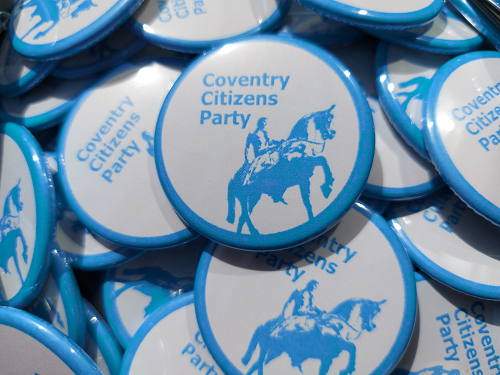 We are both pleased and disappointed by this year’s local election results. Turnout was down and our vote went down in some areas but also went up in some others.

Once again, national politics played out through the mainstream media narrative over ‘partygate’ which appeared to help the Greens and the Lib-dems.

Unfortunately, local media have also followed the mainstream narrative and excluded us from much of their reporting including listing our candidates as independents when we are a local party.

We know it can take a long time to break through-in politics and we would like to congratulate the Greens on their historic election victory in the city.

We are still committed to making positive changes in the city and promoting our policies to make Coventry better.