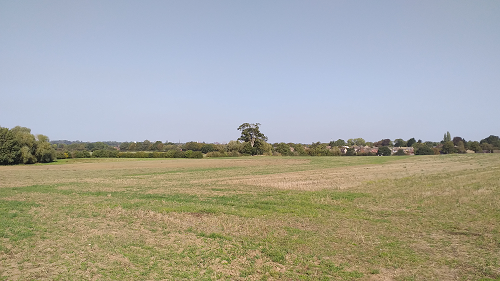 Are We Building Too Many Homes on the Greenbelt?

Plans to build thousands of homes on greenbelt land have caused a split in the Labour group. The Tory group have also voiced their concerns despite previously calling for even more homes to be built in the city.

Battle for the greenbelt

Labour councillors and local activists in Earlsdon are putting pressure on the council to stop building on the greenbelt. In addition, the Tory group are calling for a review of the Local Plan. However, they still haven’t said how many or what type of homes they would like to see built in the city instead.

The leader of the council George Duggins (Lab) said:

“We will review [the Local Plan] as we always said we would but that does not mean the kind of fundamental change that the Conservatives are looking for.”

What is the Local Plan?

The Local Plan is a blueprint which outlines areas of the city for housing, employment and other types of developments. A planning inspector approved the plan in 2017.

The plan currently provides for around 25,000 new homes over the next two decades including on greenbelt land.

Where are the new development areas?

Developers have submitted revised plans for up to 2,400 homes in Eastern Green. However, this could increase to 3,495.

In addition, Keresley will also see 3,100 new homes. This includes plans for 444 homes recently submitted to the council.

Plans for 2,500 homes at Kings Hill on the edge of the city also look set to go ahead. This comes after the government ruled out an intervention.

The hospital warned that the number of homes would put pressure on their ability to “provide the health service required”.

The hospital has asked the developer for a financial contribution. The government has also awarded additional funding to expand A&E.

Conservative councillors have claimed that developers “misled” residents over new homes Eastern Green. This is because the council did not go-ahead with plans for a new school. Developers have now submitted plans for a further 90 homes instead.

Councillors have also said the developer has installed new bus stops. However, National Express are responsible for deciding bus routes.

The leader of the Conservative group Gary Ridley said:

“Persimmon [Homes] have a social responsibility to the community to do something about the situation that has been created.”

However, it is local councillors who have a responsibility to the community but they seem to have forgotten this.

In 2010, Labour took control of the council after pledging to protect the greenbelt by building only 12,000 new homes. However, the previous Conservative-controlled council planned to build 26,500 new homes including on greenbelt land.

In 2016, the mayor of the West Midlands launched a review into how greenbelt land could be developed. Tory councillors in Coventry raised concerns that this could lead to more greenbelt land being “seized by developers”.

Since then, the Tories have submitted a petition to the council calling for a review of the Local Plan. However, local councillors support the mayor’s plans to open a new rail station at Kings Hill.

The government has also proposed changes to the planning system. However, this could make it easier for developers to build on greenbelt land. This is because automatic approval of new homes could take some planning decisions away from local councillors.

Greenbelt land should be protected by building on other sites first but it is not exempt from development.

We support a review of how many homes should be built in Coventry. We are also calling for more social housing to be built in the city.